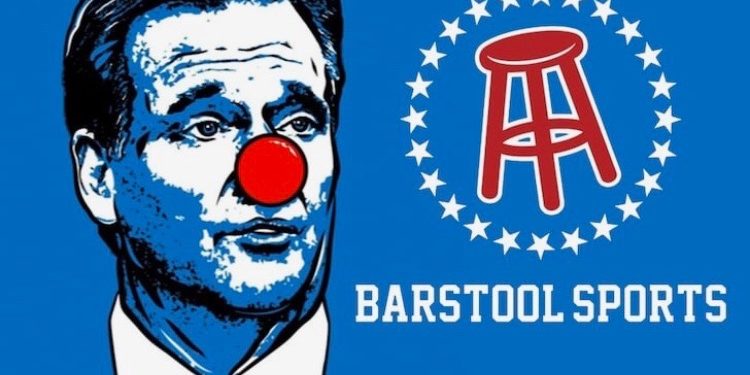 The creators of “Sad Roger” – the well-known image of NFL Commissioner Roger Goodell as a clown – have filed a lawsuit against Barstool Sports, alleging the company has overstepped the bounds of the license granted to the company for a “one time use in 2015.” Permanent Inc. – through its individual owners, Jake Bernier, Kenneth Lemarier, and Joseph Bernier – claims to be the author and sole owner of all right, title, and interest in “Sad Roger,” having obtained registration with the United States Copyright Office.

However, the company may not actually own the design. Barstool President’s Dave Portnoy notes when the parties first came together, the conversation was focused on Barstool purchasing and receiving ownership of “Sad Roger.” Without a signed agreement in place, Permanent Inc.’s complaint boils down to a singular issue: did the parties intend to enter into an exclusive licensing agreement or assignment of rights? Let’s break it down:

The Case for Assignment

An assignment of intellectual property includes the full transfer of the creator’s rights, interest, title, and goodwill in the work. In plain terms, the assignee owns full ownership of the work and the assignor gives up the ability to use and/or monetize the work.

Initial discussions between Permanent and Barstool clearly showed that the Barstool sought to purchase the “Sad Roger” design in exchange for $300 and some “exposure.” There were no conditions regarding use, duration, or additional compensation from sales. The omission of such terms or other language setting forth a reservation of rights leads the common man to believe this was an outright assignment.

The Case for Exclusive Licensing

Prior to reaching an agreement with Barstool, Permanent had already begun printing the “Sad Roger” design on shirts for distribution. One condition discussed was that Barstool did not want any other entity to utilize the “Sad Roger” design besides it and Permanent. This appears to be the basis for Permanent’s “one time use” license claim. In the email sent memorializing the parties agreement, Permanent stated:

As outlined in our discussion earlier, We [Permanent Inc.] are granting you access to this design for a one time fee of $300. We will also continue to print and sell this design ourselves but will NOT extend access to any other designer,printer, etc. We ask that you make mention on your site where the design came from and to point out our website url [www.permanentinc.org] (which we will update to reflect “shirts now available via barstoolsports.com”) and our twitter account [@incpermanent]. We also ask that you provide us with a banner ad on your homepage at a future date (content subject to your approval).

“Granting you access” could be interpreted as providing a license. However, licensing entails royalties, which Barstool stated would not be happening. And a “one time fee” is not the same as granting a “one time use.” Furthermore, licensing without oversight or supervision of the quality of use equates to “naked licensing”; this results in an absolute assignment and the licensed work being deemed abandoned by the licensing party.

The failure to execute a proper licensing agreement may prove fatal to Permanent’s claim. The parties’ interactions and intent derived therefrom will be the determining factor. Another issue Permanent may face: why did it take so long to bring a claim? Barstool has made wide use of “Sad Roger” to sell shirts, towels, bathing suits, tanks, hoodies, and posters for numerous years. To now claim that Barstool has violated a one-time license comes off as a disingenuous and desperate money grab by a company that didn’t receive the exposure it expected.

Check out the communications and complaint below and let me know if you agree or disagree in the comments:

The DM's make clear that @IncPermanent intended to assign ownership rights in "Sad Roger" to @barstoolsports. If no contract in place, intent rules pic.twitter.com/ta6w83DxSg