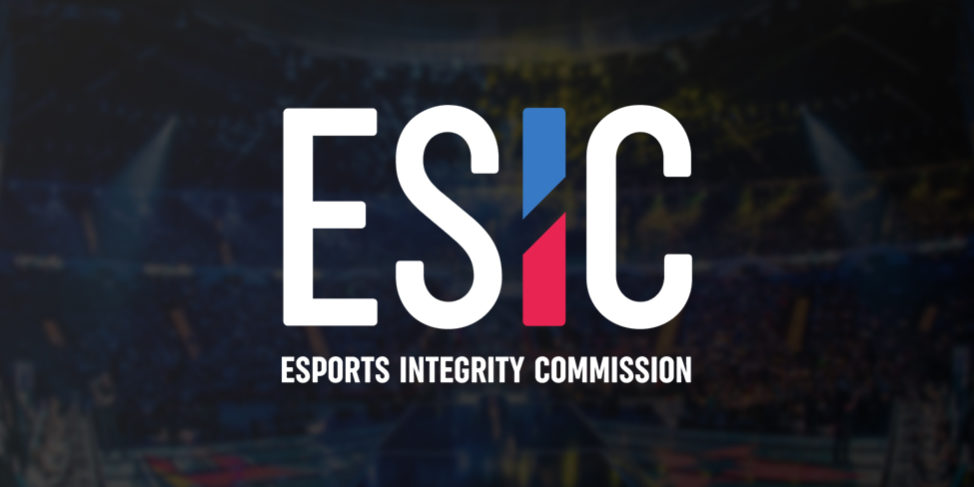 The Esports Integrity Commission (ESIC) was established in 2016 to protect the integrity of esports competitions. ESIC’s mission “is to be the recognised guardian of the integrity of esports and to take responsibility for disruption, prevention, investigation and prosecution of all forms of cheating, including, but not limited to, match manipulation and doping.” I sat down with ESIC Commissioner, Ian Smith, to discuss ESIC’s role in the future of esports betting:

Alan Wilmot: What have you seen in terms of esports betting serving as a boon or replacement for traditional sports in the sports betting market during COVID-19?

Ian Smith: There has been a significant increase in betting on esports and there are two distinct elements to this.  First, the existing big betting products (CS:GO, DOTA2, and LOL) have seen new punters because esports was the only show in town. CS:GO is the biggest beneficiary because it’s the easiest to understand. These new bettors are likely to stay and may become fans of the games. The second is the bettors on the sports simulator games (FIFA, PES, F1, eNascar etc). These guys will disappear when the real thing returns. If esports can retain 10% of these guys, they’ll have done very well. Overall, COVID-19 has been a big boon to esports.

How does the US esports betting scene compare to other countries?

The legal esports betting markets are insignificant in the US; there are a massive number of esports bettors in the US, but not betting with US operators. [These bettors] are all felons, although I’m sure they don’t consider themselves such.  The scene in Europe and other regions is miles ahead of the US when it comes to betting on esports.

There’s an extreme lack of enforcement when it comes to addressing the overseas betting market catering to the US. Do you think strong action is coming on that front?

Yes, because the operators paying a lot of money for licenses will demand that the regulators do something about non-license holders (or they should). The trouble is that, outside of Nevada and, to some extent, New Jersey, nobody has any enforcement experience. They don’t know what to do and they don’t have the resources to do it.

Nevada and New Jersey appear to be the only states open to esports betting and have approved an increased number of events due to COVID-19. What role did ESIC play in increasing event output and should we expect the growth of esports wagering events to continue?

We have been involved in most applications one way or another and, yes, it is only going to increase. There’s a big education piece needed though. State legislators and regulators need a huge amount of upskilling when it comes to esports. Most of them haven’t quite got their head around esports betting yet. ESIC will have a far greater presence in the US over the next 3 or 4 years. We are the only bridge between esports and betting on esports.

Unfortunately, there’s no other way than to sit with them group by group and show them the reality and answer their questions. There’s no shortcut. I hope we can create a model in New Jersey that can be exported to other States, but it’s going to take a while. The fans and bettors are years ahead of the legislators and regulators and even, in many cases, the US publishers/developers and tournament organizers. The benefits of meaningful engagement between the US esports industry and the esports betting industry has reached less than 1% of its potential.

Why is that? Is it a lack of faith by regulators regarding integrity/cheating in esports events? Or do you feel other factors are at play?

I think that for the majority of regulators, esports is just in the “too hard” box. For the most part, their expertise is in gambling, not in sports betting, so the changes the last 18 months have been hard enough to cope with without introducing competitive video gaming into the mix. Bear in mind, most regulators are middle-aged men and women who think video games are bad and simply involve fat kids wasting their time for 14 hours a day. They can’t see it as a “sport” and they’re already too busy dealing with the new world of sports betting.

ESIC recently announced a partnership with Kronoverse – How do you see Kronoverse’s block-chain based platform enhancing the integrity of esports?

I think blockchain is an important functionality in all sports betting for the future because it reduces disputes and it also creates an immutable record that can be interrogated and can provide irrefutable evidence of collusion or deliberate underperformance. It’s not a panacea, but it is very helpful.

True – the benefits of blockchain could potentially prove vital in advancing esports (but good luck getting regulators to understand that as well)!

Thanks for your time and I appreciate your willingness to chat.

Breaking It Down: A Discussion Regarding “Relative Skill”
December 18, 2019