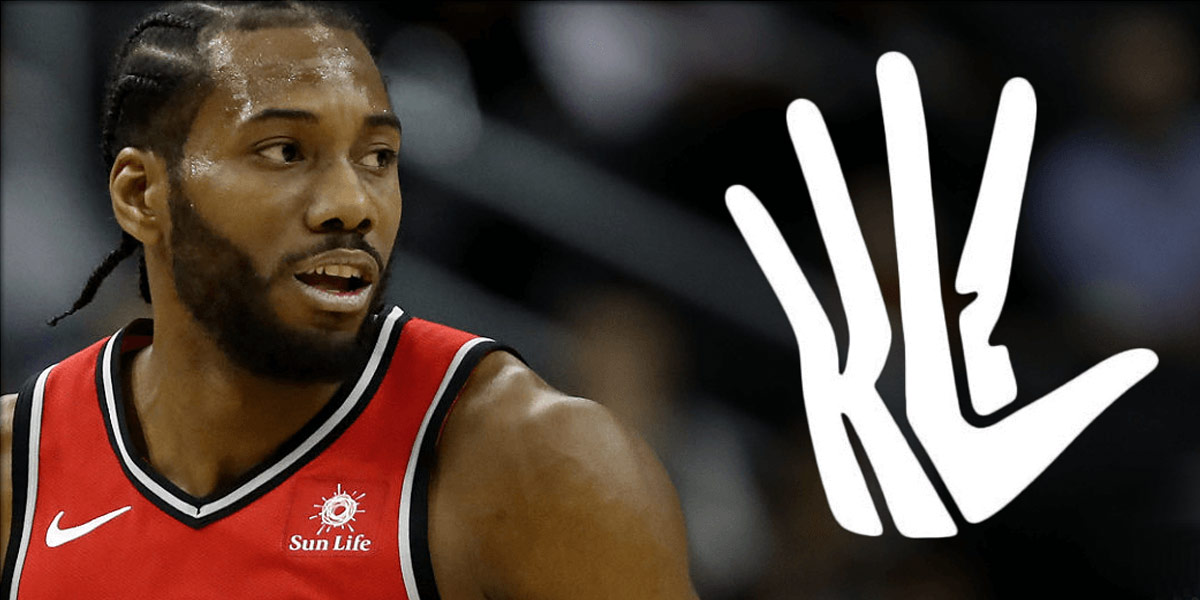 With the series tied 1-1 heading into Game 3 of the NBA Finals between the Toronto Raptors and the Golden State Warriors, much talk has been centered on the Raptors’ pursuit to overthrow the latest dynasty to grace the hardwood. However, Raptors’ Kawhi Leonard has become the subject of a storyline off the court.

The Battle of Intellectual Property Rights

Kawhi Leonard’s Registered “The Klaw” logo with the USPTO

On June 3, Kawhi Leonard filed a federal complaint against Nike asking the court to declare that Leonard is the author of “The Klaw,” the logo commonly associated with Leonard throughout his professional career. The complaint further states that Nike committed fraud on the Copyright Office by seeking registration of the logo.

Leonard is the owner of six trademark applications with the United States Patent and Trademark Office (USPTO). Three applications include “The Klaw” logo for use with various goods and services such as basketballs, backpacks, and apparel.

The issue is Nike’s alleged ownership of the logo. United States Copyright Law grants owners the exclusive right to display their works as they see fit. Without the ability to reproduce the logo, Leonard’s trademark registrations are essentially useless. But copyrights are assigned solely to the authors of the works, and therein lies the rub. The complaint states Leonard created the logo in “late December 2011 or January 2012”; however, Nike’s copyright registration claims the company authored the logo in 2014. The facts surrounding these dueling timelines will play a vital role in the court’s determination.

Even if Kawhi Leonard created “The Klaw,” that may not be enough. After being selected in the 2011 NBA Draft, Leonard signed a contract to provide “personal services and expertise in the sport of professional basketball and endorsement of the Nike brand and use of Nike products.” Such contracts usually include a “work for hire” provision, which typically read as follows:

Athlete hereby unconditionally and irrevocably transfers and assigns to Company all right, title and interest, including all intellectual property rights, in and to all materials, including all works of authorship, developed with Athlete’s involvement or by or on behalf of Athlete hereunder as part of the Services or otherwise in connection with this Agreement (“Works”).  Athlete agrees to complete and provide Company with any documents requested by Company to evidence Company’s ownership of such Works as well as the assignment of any and all rights.

The complaint mentions that any personal services provided did not constitute copyrightable material and/or constitute a “work for hire.” However, the complaint fails to attach the contract. If a transfer of rights language is included, Leonard’s claim fails, and Nike has a claim for ownership rights in “The Klaw.”

Nike has a history of staunchly defending intellectual property rights, so the company will not go down without a fight. It took Roger Federer until April 2019 to reclaim the rights to his “RF” logo despite leaving the company to sign a 10-year deal with Japanese clothing brand, Uniqlo, in 2018. New York Times reporter Marc Stein reported that the Los Angeles Clippers looked into purchasing “The Klaw” from Nike in order to boost their anticipated free-agency pitch for the coveted star. Settlement or purchase may be the best bet to resolve what may be Leonard’s toughest case on (or in) the court.