Breaking It Down: Lebron James and Taco Tuesday 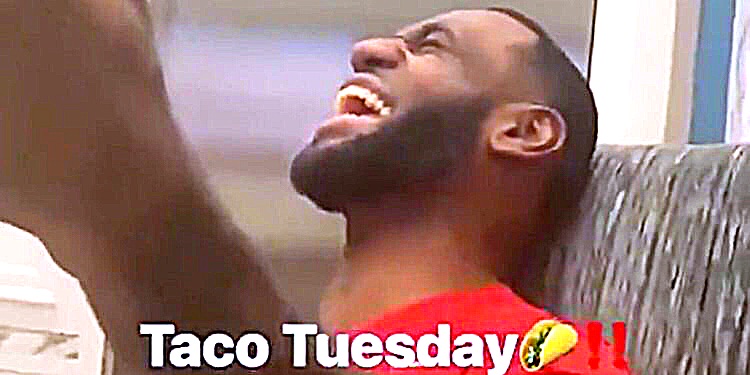 Lebron James’ trademark application for “TACO TUESDAY” has caused quite the controversy. Sports Business Reporter Darren Rovell’s Twitter poll attracted over 113,000 votes, with 62% stating they disapproved of the filing. Multiple trademark attorneys quickly pointed out potential flaws in the application, with the biggest issue being its lack of functionality as a trademark. But are these opinions indicative of how the USPTO will view James’ application? Let’s break it down:

How to Determine if a Mark Functions as a Trademark

The USPTO uses the above test to determine whether a proposed mark functions as a trademark. However, James’ filed his application as a 1B. This means while he plans to use the mark, he has yet to do so in interstate commerce.

Nonetheless, to function as a trademark, the mark must serve as an indicator of the source of goods. If perceived merely as an informational slogan or a generalized message, the mark will not be approved. Examples include DRIVE SAFELY for cars or THINK GREEN for paper products; because the USPTO considers these marks common slogans in relation to their goods and services, both fail to function as a trademark.

James’ application shows he intends to use the mark for the following: (i) Downloadable audio/visual works; (ii) Advertising and marketing services through social media; (iii) Podcasting services; and (iv) Websites featuring non-downloadable videos, and social media posts in the field of sports, entertainment, current events and popular culture. Clearly, Lebron James yelling “TACO TUESDAY” at the dinner table does not show use in commerce. However, to say the mark fails as a trademark is premature. If James’ releases a “TACO TUESDAY” podcast, a case could be made. But until Lebron James files a specimen showing actual use, it is too early to tell whether “TACO TUESDAY” meets the USPTO’s standard.

USPTO’s Registration of Other Trademarks

Widespread use of the phrase “TACO TUESDAY” was another issue mentioned by the public and professionals alike. But the USPTO has approved similar phrases such as (i) FLASHBACK FRIDAY; (ii) THROWBACK THURSDAY2; and (iii) THIRSTY THURSDAY.

The USPTO currently has 11 live filings relating to “TACO TUESDAY,” and four have been approved for registration. Taco John’s registration is often mentioned as a reason why James’ application should be refused. However, (i) Taco John’s exclusive right to the term relates solely to restaurant services, and (ii) Taco John has no right to use the term in New Jersey, having forfeited the mark for such use to Gregory Hotel, Inc. Rosa’s Cafe has also received registration (albeit, for TUESDAYS WERE MADE FOR TACOS AT ROSA’S!) for use in the same field.

But the foregoing registrations are irrelevant for determining the registrability of James’ application. Generally speaking, if a mark is not being used for the same or substantially similar goods or services, then the similarity of the marks plays a minimal role in the USPTO’s analysis. This is exemplified via the remaining registered mark – TECHNO TACO TUESDAY, registered June 26, 2018, for use with advertising, marketing, and promotion services.

TECHNO TACO TUESDAY poses the biggest threat to James’ application. The mark is for similar goods and services and may present an issue regarding likelihood of confusion, the most often cited reason for refusal used by the USPTO. If the USPTO determines such is the case, whatever specimen James eventually submits for the protection of his brand will be futile and the issue of functionality will not need to be determined.